Goldstein voted last night — and they chose Zoe Daniel to be their representative, and we are SO DAMN PROUD!

‘Voices of Goldstein’ was an inspiring movement amongst many this election, and they were Team Zoe all the way! Safe Liberal seat, two-term incumbent but “Same isn’t Safe” and Zoe Daniel has made history (along with many other women and independents!)

She paid tribute to feminist activist Vida Goldstein, after whom the inner-Melbourne electorate was named; “She ran as an independent several times because she was so independent that she couldn’t bring herself to run for either of the major parties,” Ms Daniel said. “Vida was not elected. This seat is in her name and today I take her rightful place.” 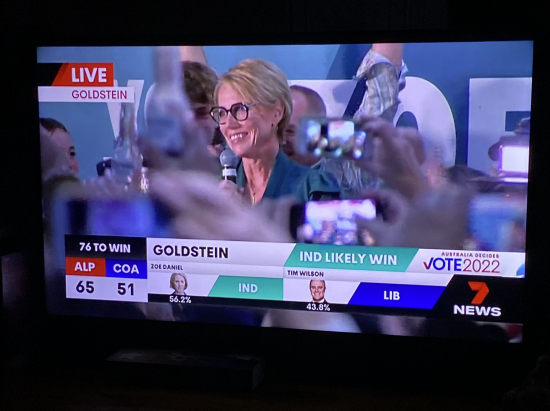