Guest post from Kaz Delaney… who is very excited by the upcoming release of “ALMOST DEAD”:

Kaz Delaney:
“It’s been way too long. I know… I’ve said it before and I’ll say it again: This year has allowed me to experiences some the highest highs and lowest lows of my life and career. And because of that, there’s sooo much I could say here – but this year is about to come a full circle for me in a few days – 9 to be exact – and I now just want to look ahead and celebrate the good stuff.

That good stuff kicks off with the cover on my new book due out in January! It’s a connected story to (ahem… award winning) ‘Dead, Actually’, and it’s entitled ‘Almost Dead’. Again it’s an Allen & Unwin production and if you read ‘Dead, Actually’, you’ll know what I’m talking about when I say that this is Macey’s story.

If you didn’t get to read Dead Actually – then fear not because it’s being re-released in January, right along side the new book. Cool???? You bet!!! Could it get any better? Not a chance!!! Double parties all round.

So… Drumroll Please!! Here it is – the very first public peek at ALMOST DEAD. See the image next to this post.” 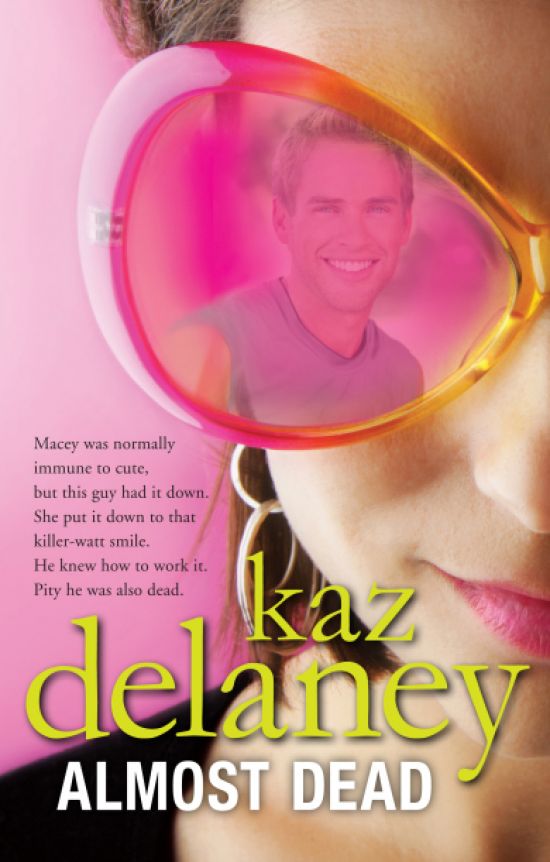