We are thrilled to announce that Stella Prize Winner, Clare Wright, has been shortlisted for the NSW Premier’s History Awards for The Forgotten Rebels of Eureka. We would also like to congratulate the other shortlisted authors in this section: Joan Beaumont, Ian Clark and Fred Cahir.

The Premier of NSW, the Honourable Mike Baird MP today [Monday 11 August] announced the shortlist for the 2014 NSW Premier’s History Awards. Eight judges considered almost 150 entries across the five prize categories. The Premier commented: “This year’s World War One commemorations are a time to reflect upon our nation’s involvement in the war and a reminder of the importance of the work of historians in marking and understanding our nation’s past.” 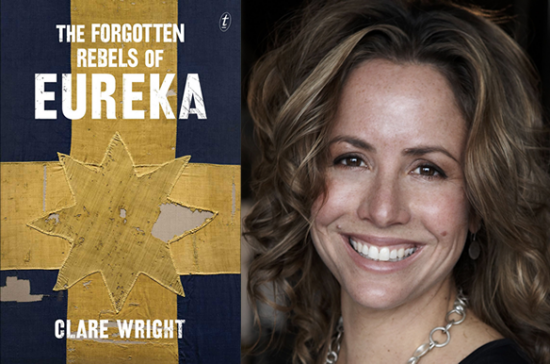