How To Beat Genghis Khan in an Arm Wrestle

Join three friends as they use their imagination, settle playground scores and alter the entire course of history in the process!

Big bully Zachary Black has stolen the awesome comic that Sid has spent hours drawing. Zachary sets Sid a challenge – beat him in an arm wrestle and the comic is his once again.

Sid’s evil-genius neighbour, the Mighty Professor Skeletron, calculates Sid’s chance of victory as one in ten, so they create a Time Rescrambler in order for Sid to take the challenge ten times . . . and eventually win! But catastrophe strikes when the rewind button jams and the boys, along with Sid’s little sister, Wendy, are transported back to the time of the Mongol Empire. To make matters worse, the device falls into the hands of a fearsome warrior.

Will they save the world, or will life as we know it no longer exist? 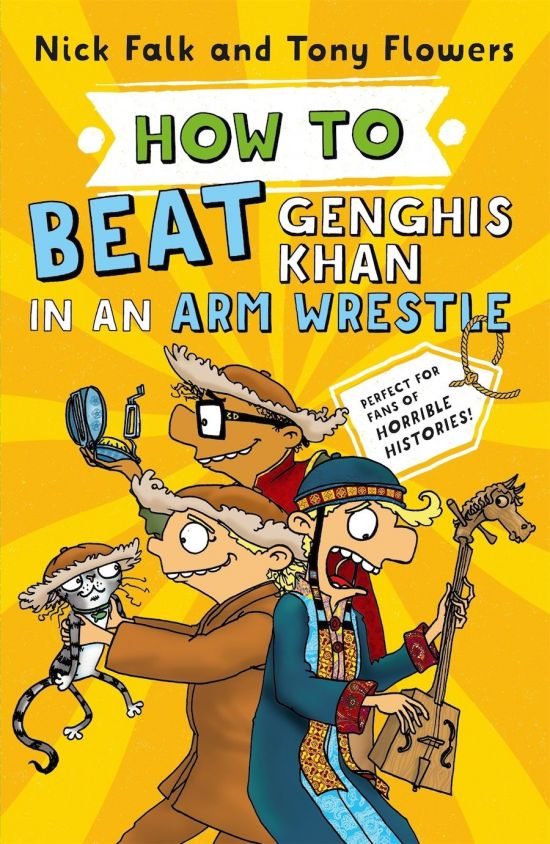