Thrilled to announce Clementine Ford's deal for her second book titled Boys Will Be Boys.

We are absolutely THRILLED to share the news that Clementine Ford has signed a contract for her second book!

Clementine shared a bit about the book (titled “Boys Will Be Boys”) on social media, saying:

In ‘Fight Like A Girl’, I explored the multitude of ways girls and women are subjected to pain, violence and humiliation. In many of these circumstances, we are also blamed and shamed for the hurt inflicted on us. ‘When will you girls learn?!’ is a common catchcry, as if we are not fully aware of the dangers the world poses for us, or the ways we are sneered at when we speak about it.

But when boys and men are responsible for this harm, they’re often coddled and excused by their families, their communities and a broader society that knows nothing about them except for the one thing that counts most: boys will be boys.
Why are people so content to accept this explanation for behaviour that harms others, and to do so even when it crosses over into criminal territory? Why is the freedom of boys to exert their power over space, bodies and entitlement considered so much more important than the dignity and humanity of those harmed in this process – including the boys and men unable or unwilling to collude in this power? And why, in acknowledging that this problem might exist at all, do people seem more concerned that the women they know will be its victims and less concerned that the men they know will be its perpetrators?

‘Boys Will Be Boys’ will examine toxic masculinity and the bonds of brotherhood that are used to codify male power, access and protection (or ‘brotection’, as some people call it). From rape jokes on Facebook to reddit to MRA groups and the outer corners of the internet and all the way inwards to the annals of power – the political parties, the legislators, the private school boys – this book will turn a sharp eye toward a masculinity that is presented as ever expansive but is in reality exceptionally limited.

I will bring the same uncompromising fury and compassion to this project as I did with ‘Fight Like A Girl’. With that book, I took a commonly used phrase employed to casually denigrate girls and repurposed it for something more powerful. ‘Boys Will Be Boys’ will do the same thing, taking hold of an extremely common sentiment bandied about without thought and repurposing it to expose just how damaging it is for everyone – boys included.
Boys can and will be many things, yet they are still moulded according to reductive ideas about what they should be. I wrote ‘Fight Like A Girl’ as a love letter to girls and women, a recognition of their struggles and the truth of their reality. ‘Boys Will Be Boys’ will, above all, be a love letter to my son.

BOYS WILL BE BOYS: An exploration of power, patriarchy and the toxic bonds of brotherhood will be published by Allen & Unwin in 2018. 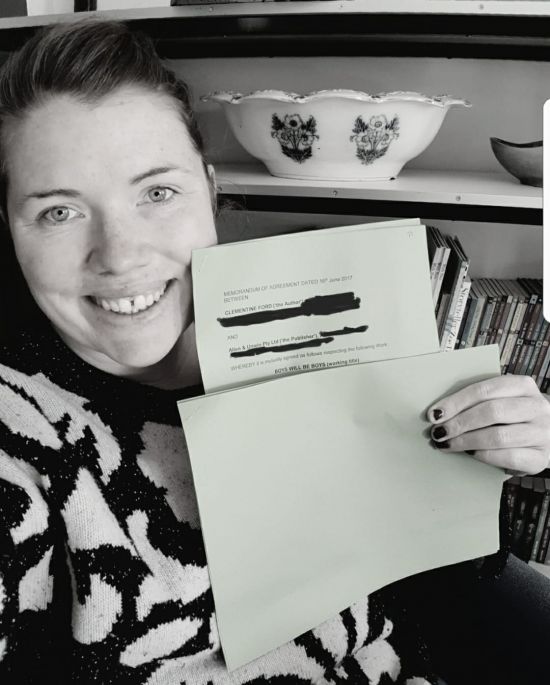