WeirAnderson.com has made direct investments in various Australian feature films, including I Used to Be Normal, BabyTeeth, Miss Fisher & The Crypt of Tears and I Am Woman. The newest projects, under the WeirAnderson Films banner with Deanne as Executive Producer, are Blaze, the feature film debut of artist, writer and director, Del Kathryn Barton with producer Sam Jennings of Causeway Films, and How To Please a Woman, from writer / director Renee Webster and producers Judi Levine and Tania Chambers.

A board member of Screen Australia for eight years until 2016, Deanne was instrumental in the development of its Gender Matters program and remains a member of its Gender Matters Taskforce. Deanne is also Chair of the Sydney Film Festival and For Film’s Sake, an advocacy organisation providing opportunity for all women in production, distribution and cultural exhibition.

Deanne on why she wants to bring The Silent Listener to the screen:

“First and foremost, The Silent Listener is a cracking read, a complex multi-layered story that leaves the reader thinking well beyond the last page. Literary and film comparisons are The Dry by Jane Harper and Delia Owens’ Where the Crawdads Sing. Lyn Yeowart’s writing is similarly visual and cinematic, I can see the characters walking across the screen as I read. While much of the story is internal to Joy, there are many ways to show her internal world on screen, and to highlight the contrast between the harshness of her external world and the rich interior one that she creates for her own survival. As a genre piece, whether you call it a gothic psychological thriller, or a murder mystery with gothic themes, there is definitely a global market for well-made stories of this kind, and I believe this is an Australian story with significant international appeal. The book’s themes explore the ongoing impacts of violence and trauma, community hypocrisy, toxic masculinity and mental health issues. And by bringing the story to screen, we can make it accessible not just for those who have loved the book, but for a whole new audience who may then turn back to the book to go even deeper into Joy’s world. I can’t wait to help bring Lyn Yeowart’s distinctive voice and compelling story to a broad screen audience.” 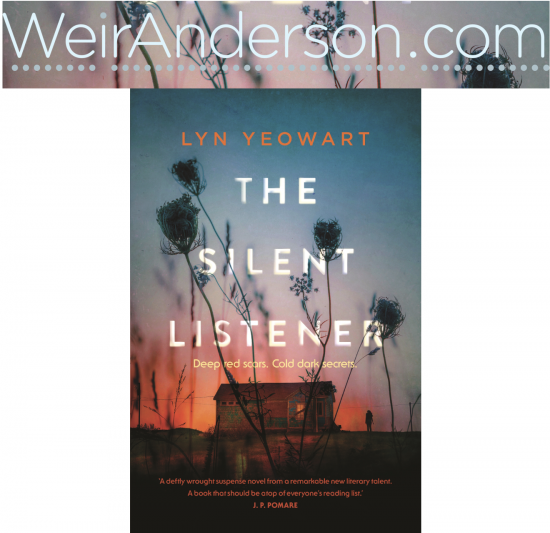