Buy "Anais Butt and the Hairy-Handed Gent" by Kate Welshman

We are in love with the cover!

“Anais Butt and the Hairy-Handed Gent”

When seventeen-year-old Anais Butt is expelled from her fifth boarding school in three years, she expects her parents to slap her on the wrist and send her to another expensive school. However, her fed-up parents have other ideas. They decide to exile her to the isolated mountain town of Glenorie to labour for her child-hating maternal grandmother, Nanny Pam and her hostile cousin, Josephine, who operate a riding school on Pam’s three thousand-acre ranch on the Turon River. However, before leaving for Glenorie, Anais spends a few days with her paternal grandmother, Nanny Bette, who has a handsome, mysterious guest staying with her in her flat. Shannon Ferguson has told Nanny Bette that he’s an out-of-work actor, but Anais, who finds herself strongly attracted to him, suspects that he’s lying. Shannon seems to be on the run from the police. 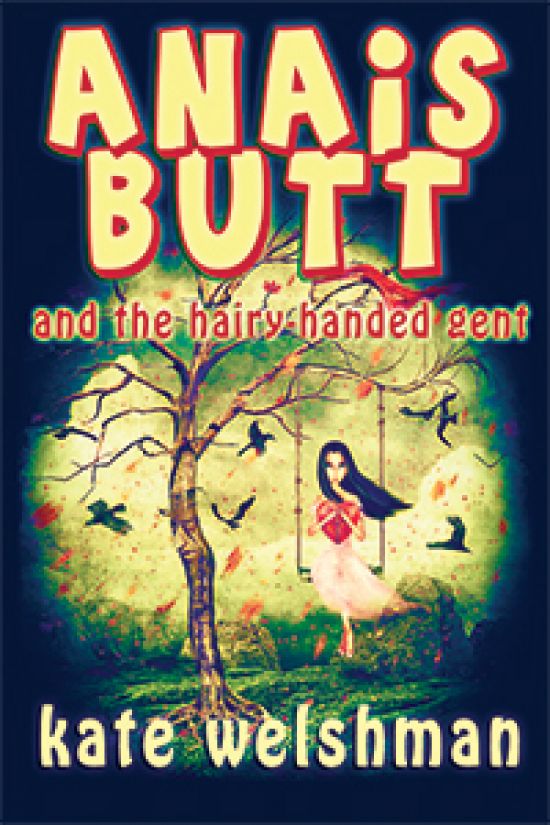