'So Far, So Good' by Aaron Fa'Aoso, with Michelle Scott Tucker

Aaron Fa’Aoso has earned a living as a professional footballer, a Kings Cross bouncer, a remote community health worker, an acclaimed actor and most recently as the owner and manager of his own media production company.

Aaron’s story is all about what it means to be a successful Indigenous man in the twenty-first century. With generosity, humour and emotional insight he examines how the death of his father, when Aaron was only six, led to his being raised by his loving but fiery mother and his even fiercer grandmother. How belief in himself as a warrior, and as a descendent of a long line of warriors, made him literally and metaphorically, for better and for worse into a fighter.

However, Aaron’s career, and his role as an emerging leader, were both hard-won in the face of many setbacks and heartaches. In 2008, a month after Aaron married for the second time and just as his acting career was flourishing, his new wife took her own life. In the dark times that followed Aaron eventually found strength and meaning in his family, and in his beloved Torres Strait community.

Aaron talks frankly about mental health, racism, the personal impact of alcohol, the challenges facing remote communities as well as the consolations of belonging to Country. So Far, So Good is a rich and vivid reflection on life and a celebration of Torres Strait culture. 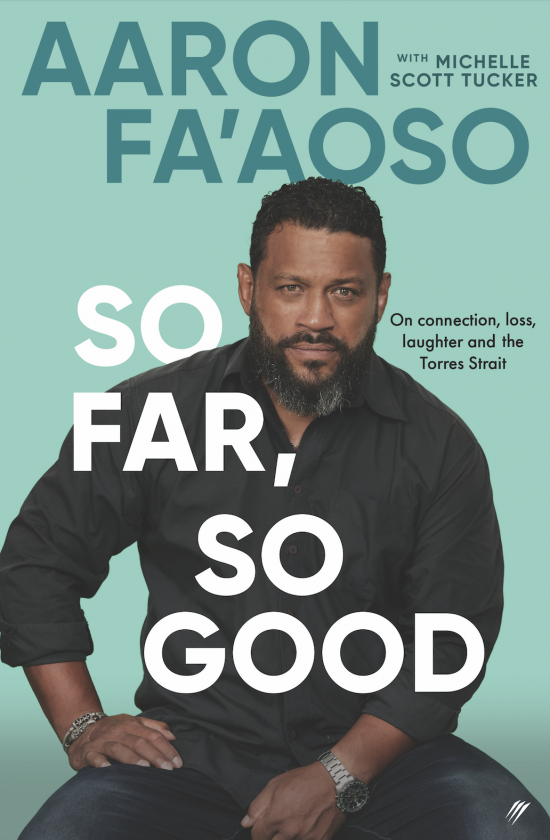