Written by Peter Dodds McCormick in 1878, Advance Australia Fair was chosen by the people of Australia as their national anthem almost 100 years later. Award-winning illustrator, Tony Flowers, has captured the spirit of the lyrics by showcasing our homes abundant gifts from the encircling seas, across its boundless plains, to its spiritual heart. With charming images celebrating our cities, our towns, our land and our people, this beautiful edition invites all Australians to join together and combine to … Advance Australia Fair.

In 1973, Prime Minister Gough Whitlam began the search for a new anthem to replace God Save the Queen. In 1977 a plebiscite was held to choose a new national song, and from 1984, Advance Australia Fair became our national anthem. Sung in classrooms, on Olympic podiums on sports fields, in memorials, this beautifully illustrated edition is one to treasure. 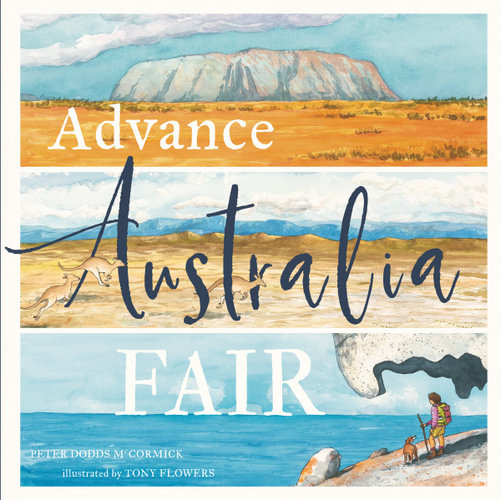