Greetings from Trumpland: How an unprecedented Presidency changed everything by Zoe Daniel and Roscoe Whalan

onald Trump, the mercurial US president, has had the world on a string since he declared he would run for office. He’s presided over arguably the most volatile White House in history, with a revolving door for senior staff and advisors, and haphazard decision-making that’s turned years of entrenched US policy on its head.

Journalists Zoe Daniel and Rosscoe Whalan were in the thick of history in the making, following the 2016 campaign through the states that turned the election, and talking to the ‘forgotten people’ who threw caution to the wind and elected Donald Trump. What was it that drove their choice , and what did they hope to achieve with the Trump experiment?

Via travels through America and beyond, and interviews with real people and leaders over five years, this book explores the changed boundaries and expectations in a world of unprecedented political partisanship and populism. Is Donald Trump a cause or an effect in a world of narcissism, reality TV, information manipulation and overt greed?

In the aftermath of Trump’s election loss to Joe Biden, we enter 2021 in a state of global crisis on several fronts. From shaking up global institutions, to isolationist foreign policy, to language and actions around race and gender, to the use of inflammatory rhetoric and the mobilisation of division, to the invention of ‘fake news’, this book explores how Donald Trump’s one-term presidency changed the world and, in a post-Trump world, how far-reaching and longstanding the consequences may be. 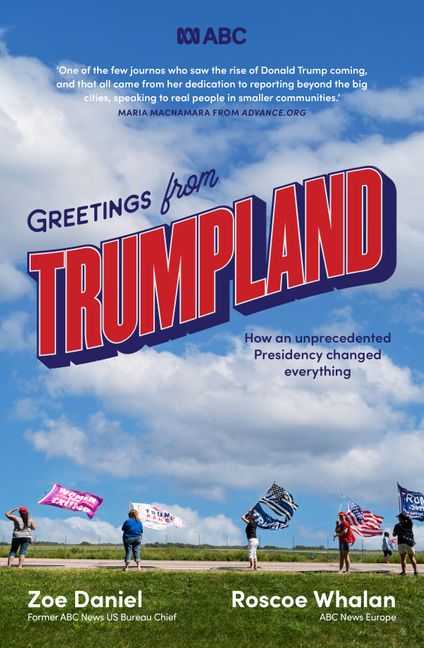