A Spanner in the Works: The Extraordinary Story of Alice Anderson and Australia’s Only All-Girl Garage by Loretta Smith

This is ‘Good Night Stories for Rebel Girls’ meets ‘Australia’s Sweetheart’ meets Amelia Earhart. It’s the real-life story of a daring Australian woman who did something extraordinary – then met an early, mysterious end.

From the end of the Great War and into the 1920s, Alice Anderson was considered nothing less than a national treasure. She was a woman of ‘rare achievement’ who excelled as a motoring entrepreneur and inventor. Young, petite, boyish and full of charm, Alice was the only woman in Australia to successfully pull off an almost impossible feat: without family or husband to back her financially, she built a garage to her own specifications and established the country’s only motor service run entirely by women.

Alice was also an adventurer, and her most famous road trip occurred in 1926 in a Baby Austin she had purchased exclusively to prove that the smallest car off a production line could successfully make the 1500-mile-plus journey on and off road from Melbourne to Alice Springs, central Australia.

However, less than a week after her return, Alice was fatally shot in the head at the rear of her own garage. She was only twenty-nine years old. Every newspaper in the country mourned her sudden loss. A coronial inquest concluded that Alice’s death was accidental but testimonies at the inquest were full of inconsistencies.

A Spanner in the Works 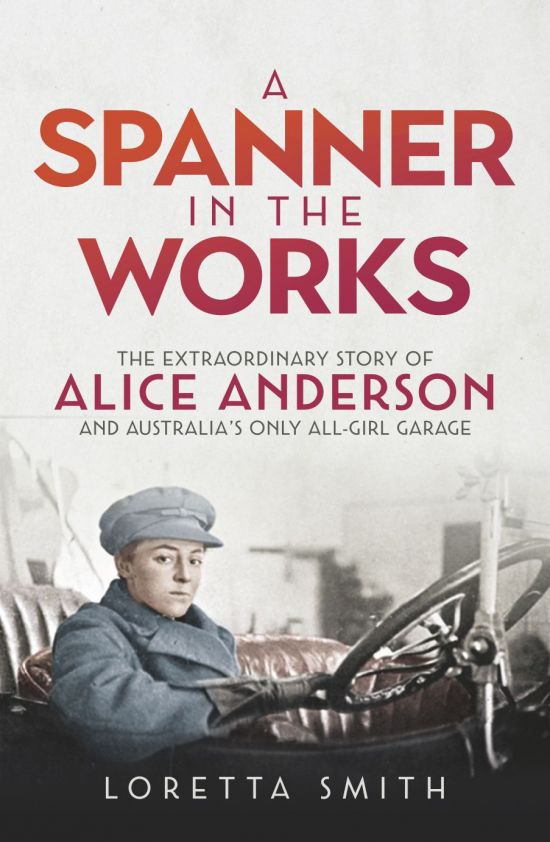