Boys Will Be Boys: An exploration of power, patriarchy and the toxic bonds of mateship

Clementine Ford reports that one of the questions she is most asked in person and online is ‘How do I raise my son to be a feminist? How do I make sure he’s a supporter rather than a perpetrator?’ That is a question that many parents with sons are haunted by. Now that Clem is mother to a baby boy of her own, it is a question that haunts her too.

How does a feminist raise a son in a world that conditions boys into entitlement, privilege and power at the expense not just of girls’ humanity but also their own? All boys start innocent but by the time they are adolescents many of them will subscribe to a view of masculinity that is openly contemptuous of women and girls. This explosive new work will look at toxic masculinity and the closed ranks of brotherhood that shape an entitled, disrespectful and potentially dangerous idea of manhood.

In Boys Will Be Boys, bestselling and ground-breaking author of Fight Like a Girl, Clementine Ford, dismantles the age-old idea that entitlement, aggression and toxicity are natural realms for boys, and reveals how the patriarchy we live in is as harmful to boys and men as it is to women and girls.

Boys Will Be Boys 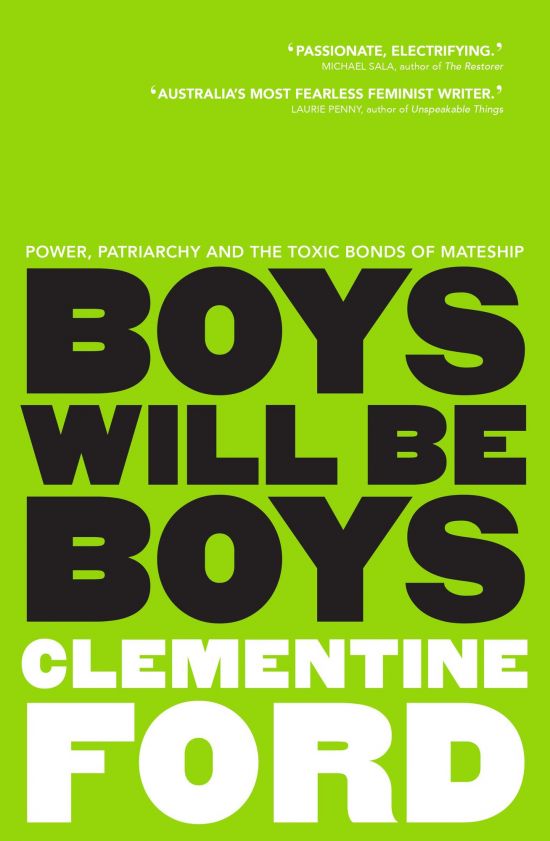