December 1940: Christopher Larkham finds an ancient Roman ring inscribed with a phoenix on the banks of the Thames. As he takes shelter from the firestorm of the Blitz, the ring glows, and pushing open a door, he finds himself in 1666 and facing the Great Fire of London. Fire-and-brimstone preacher, Brother Blowbladder, and his men of the Righteous Temple have prayed for the ancient gods of fire to bring flames down upon London, a city of sin. Could Christopher be their messenger? And why do the Righteous men wear the same phoenix symbol as the engraving on Christopher’s ring?

‘The Fire Watcher’ trilogy blends time-travel, history, mystery and action into adventure as Christopher and his friends race to untangle the truth of the phoenix ring, and mysterious Righteous Temple. 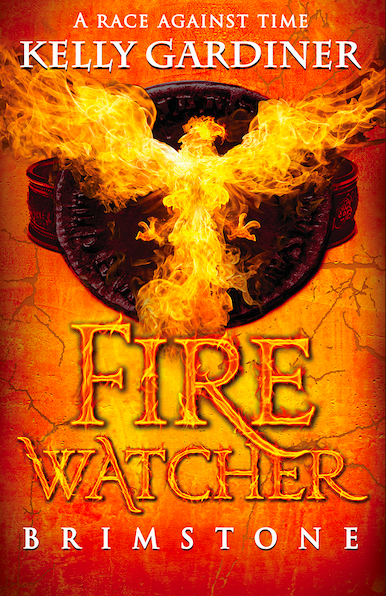