Cricket writer Andrew Ramsey’s job was to be on tour with the world’s greatest cricket team over a decade when it had no peer.

THE WRONG LINE chronicles the privileges and pitfalls of a life spent trotting the globe, hanging out with sports stars, and being paid to watch cricket – an occupation regarded by countless cricket and travel fans alike as ‘the world’s best job’, even when it renders you alone and in peril with only a three-thumbed taxi driver for support. Set within the players’ dressing room and on the team bus; at the bar, the breakfast table, and even in a haunted medieval castle; in England, the West Indies and India, as well as Sharjah, Bangladesh, Kenya and Hong Kong – THE WRONG LINE gives you a ringside seat at some of the most memorable cricket events, including the remarkable 1999 World Cup and Australia’s chaotic 2005 Ashes campaign.

A tour diary unlike any you have ever read, it delivers a rare insight into the off-field life, character and thoughts of some of the game’s all-time greats, including Stephen Waugh, Shane Warne, Ricky Ponting, Glenn McGrath, Adam Gilchrist and Brian Lara.

‘This is the cricket book of the summer. You won’t find an account of the game its main players told in this way anywhere else. It’s a refreshing change, and one well worth the read.’ – LAUNCESTON EXAMINER 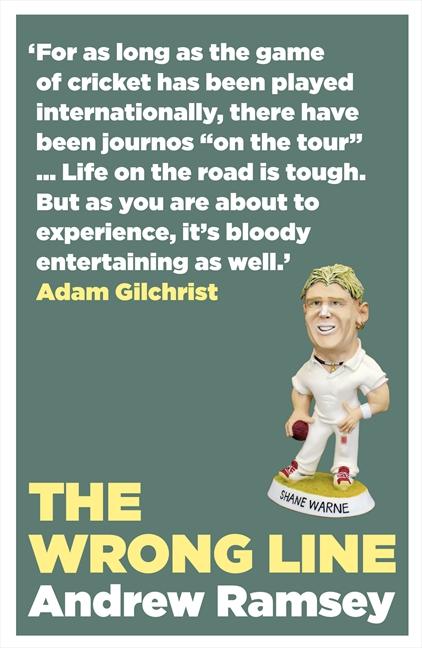